The following was written by Helen two nights before her father's memorial service, four nights after he suddenly passed, and read on Memorial Day late morning in a beautiful, West Los Angeles chapel where he had worshiped Sundays for the past sixteen years in retirement in front of so many friends and family who, full of love and admiration, caringly, stubbornly wanted to be there. The church was soon to be finally opened after a long pandemic closure - the pastor and his warm, attentive staff made arrangements for its first gathering back to honor one of their members, Hae Man Hwang.

Thank you to those of you here – the outpouring of love we have received, I know it would have meant a lot to dad that you are thinking of him. He wanted to keep anything we did in his honor after he left us to immediate family, to keep it small and just us – but we know that you are all a part of this family, and we appreciate so much you having been in our dad’s life. He truly loved the camaraderie and simple fun of being with friends and family and he really loved us deeply, wholeheartedly.

Hwang Hae Man was born in 1938 in Japan during the Japanese occupation of Korea which didn’t end until 1945. His parents then moved back to Daegu, Korea with my dad and his five siblings - he was 7 years old. He has stories of not getting to eat white rice because that was too much of a luxury in his household. There was not enough for many families as the Korean War then broke out in 1950 for three years. As a teenager, my dad somehow managed to get hard earned change from his mom, to go to the movies. He loved cinema. He loved war movies. The classics. Epic stories of brotherhood and overcoming large obstacles. He overcame poverty by diligently studying, getting into medical school at Kyungbuk National University. After graduating, in September 1965, he was stationed at the US Army 8th Field Hospital Nha Trang in the Vietnam War – serving his required Korean military duty. He was there 15 months before returning to South Korea to his family in 1967. When he was finally back in his home country and they wanted to take him out for his first meal, he chose jajangmyun - one of his favorite Korean dishes (my daughter shares that love and knows this story). Noodles, nothing fancy. That was dad. He was over for dinner at my house recently and he talked about his past. He somehow remembered so many details, even the names of American ally doctors, sergeants, lieutenants and how they got along. I remember thinking, I can’t even remember what I ate for lunch yesterday – and dad is telling stories about his life six decades ago like it was yesterday. His mind was so sharp and his life was full of amazing stories.

While he was back in Korea after his military service as a doctor in war time, a distant relative played matchmaker and set up dad on a blind date with someone who had just graduated college, and after one date, dad already knew he wanted to ask her to marry him. That was my mom. Mom and dad got engaged in Korea, dad went first to Salem, Massachusetts, then to Brooklyn for his residency in pediatrics. He then brought his fiancé over instead of returning to Korea – decided to start a life here. They had their wedding in Brooklyn with a bunch of medical school friends that had already immigrated here. I was born a year later. Then my sister, Genie, two years later. Then we moved to the midwest. Shelby, Ohio is where we grew up, our baby brother Jeffrey was born – it’s where our dad laid down his roots, his practice and raised his family for over thirty years. My sister, Genie, has received more than a hundred comments after posting his passing, from old high school friends and local Shelby folk, who were all dad’s patients, with kids who also became dad’s patients, all sharing intimate memories and sending love and admiration for Dr. Hwang. We had such happy, small town childhoods – I grew up with the utmost security, support and trust…that I could get, do, be whatever I wanted. It’s also no accident the entire family ended up in Los Angeles together only miles, minutes away from each other.

He always stood out amongst his peers as someone who was extremely liberal, open-minded, forward-thinking, Americanized for someone who was also conservative, humble and a Korean immigrant pediatrician. He cared about making the world better and taught us that it mattered how we behaved, what we achieved, who we helped, and for us to look forward and high, carry out duties with the utmost integrity and kindness, to have empathy and mostly, to do our best whatever it was we were doing. And he led by example. Dad’s dedication to health is famous. He didn’t eat red meat, shellfish, egg yolks ever…because of cholesterol. He exercised religiously. He meditated every morning. He cared very much about his and his family’s well-being, long before wellness was ever a trend.

His morality, sense of right and wrong defined him – it was his natural code. He lived his convictions. He was very proud of his family. He was a responsible, smart, honest man who worked hard and played hard. He loved to travel, a wanderlust, and took every opportunity to explore the world both with his wife and kids. I think that love of travel rubbed off on me having grown up with someone who knew how to really pursue and enjoy it. I know there are very specific traits I inherited from sharing his DNA as his first-born child, also entrepreneurial, curious, competitive, disciplined.

He was a morally sound man – straight, trusting, kind, talented. He not only just played golf – he made sure he did his best to practice and play it with such passion and pleasure. I remember his single handicap as a child and his many golf trophies in the study upstairs. Golf tournaments were always on TV in our house on the weekends and that whispering sports commentary is a familiar, peaceful sound to me. He used to swing his clubs inside - there were clubs in each room along with taped pages of golf magazine tear sheets on the walls on proper form and technique. Dad continued to play weekly here with a beloved golf group he found in Los Angeles, just like he did pre-retirement his entire adult life. His last round was with his son and sons-in-law a few months ago in Palm Desert. He even went to the driving range to work on his game before this fun family outing. Still competitive, dedicated. Mom kept saying he was so excited and looking forward to it as he had paused from playing for a long while during his past year and half with therapy.

After dad was diagnosed in Korea, the world soon followed with another deadly disease that lived in the lungs. He was patiently going through his own personal battle this past year and half during this historic, tragic, global pandemic. He was meticulous with his treatment. I’m sure none of us were surprised because of dad’s incredible commitment and discipline – even with reading the news, sports, staying on top of politics, pop culture, his grandchildren’s hobbies and interests. He kept busy on his phone, Apple watch, iPad always reading something. He also worked very closely with his doctors making sure of it all, meanwhile appreciating the attentive care and guidance he received.

Mom had prayed for dad’s end to be swift and free from suffering. It was just that. He left so suddenly only five days ago very early morning before anyone would be awake. The day before was typical and happy, including a daily walk in his favorite Playa Vista park where mom said she couldn’t keep up with his brisk pace. They had dinner, mom noticed he ate a lot, and went to bed healthy as he could be. It was 4:00 am. He left in a way that was too fast to have time to think or feel when it happened so indeed like mom had wished for him, not only swift but very private, peaceful and pain free.

He was so proud of his kids and grandkids (Simone, Imogen, Eloise, Jackie) – my mom shared how much he told her this especially these past few years. I will miss very much his daily shared morning New York Times texts always trying to teach us something good, provide us more knowledge. His older grandkids will miss his messages of wisdom, advice and praise as well.

He was so healthy as an 80+ year old that the advanced lung cancer only revealed itself in diagnosis – never on him physically. We saw him at my sister’s house three and half days before to celebrate my niece’s birthday. He looked so good. Mom said the nurses on the following day when going in for a routine CT couldn’t believe he was turning 83. He still had black hair which no one could believe was his real, natural hair. Mom had just cut it a few days before like she has been doing for the past fifty years. No senior citizen, Korean or not, keeps all their original black color in aging. He not only kept all of his hair, dad maintained his weight and strength during his intense, next level chemotherapy. He walked everyday – no matter what, for proper exercise. He continued his routine – never once complaining or even mentioning any hardships. His positive attitude and perseverance are something I noticed, admired and I will once again learn from him.

We miss you, dad. We love you so much. I love you. I miss seeing you. Memorial Day will always be a memorial for you now. 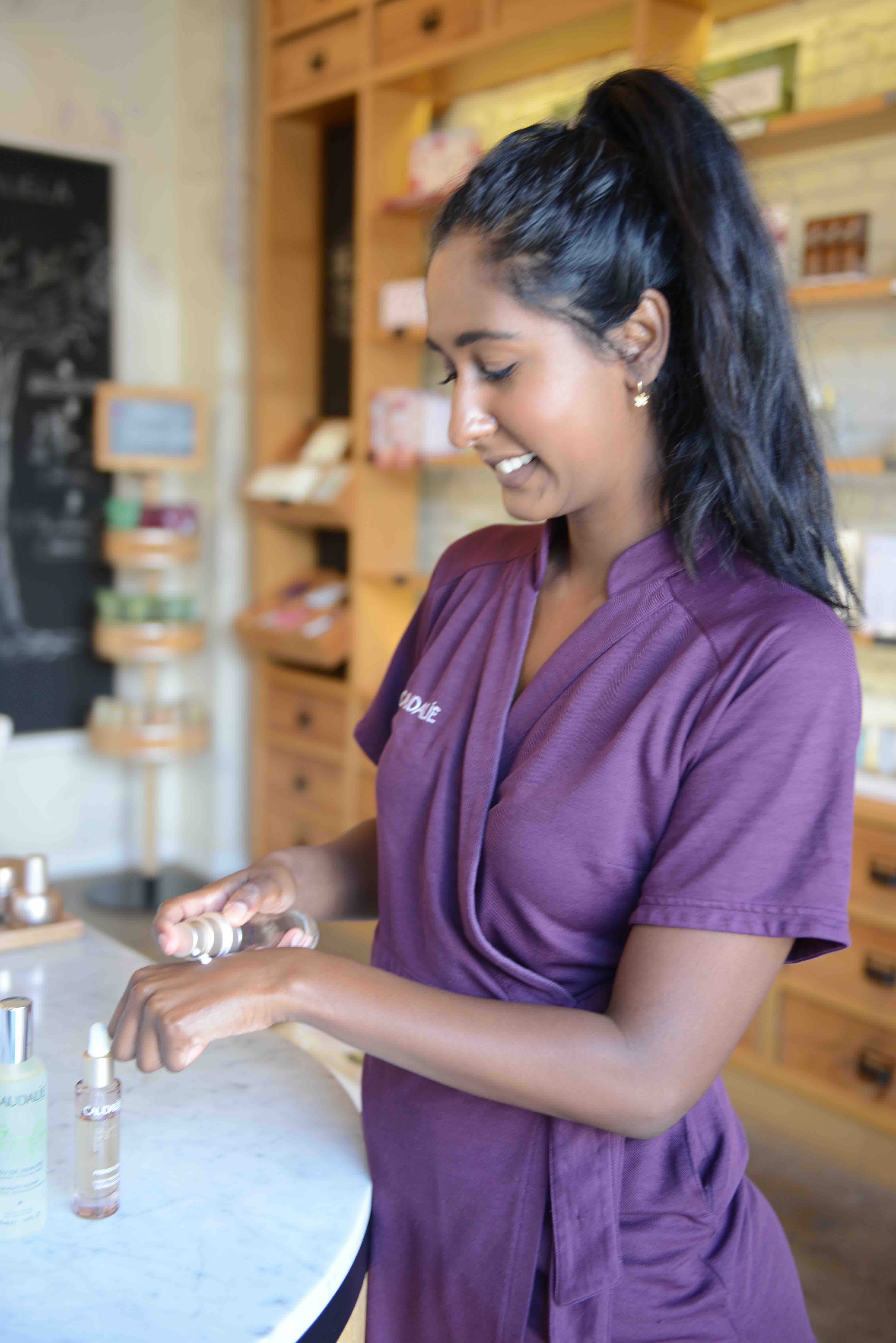 Christina Graci is a lover of all things beauty, health and wellness. She has been busy in the industry for 15 years. She is currently doing lots of self care, cooking, and staying active, reconnecting with herself, partner and friends.
IG: @xtinaesthetics 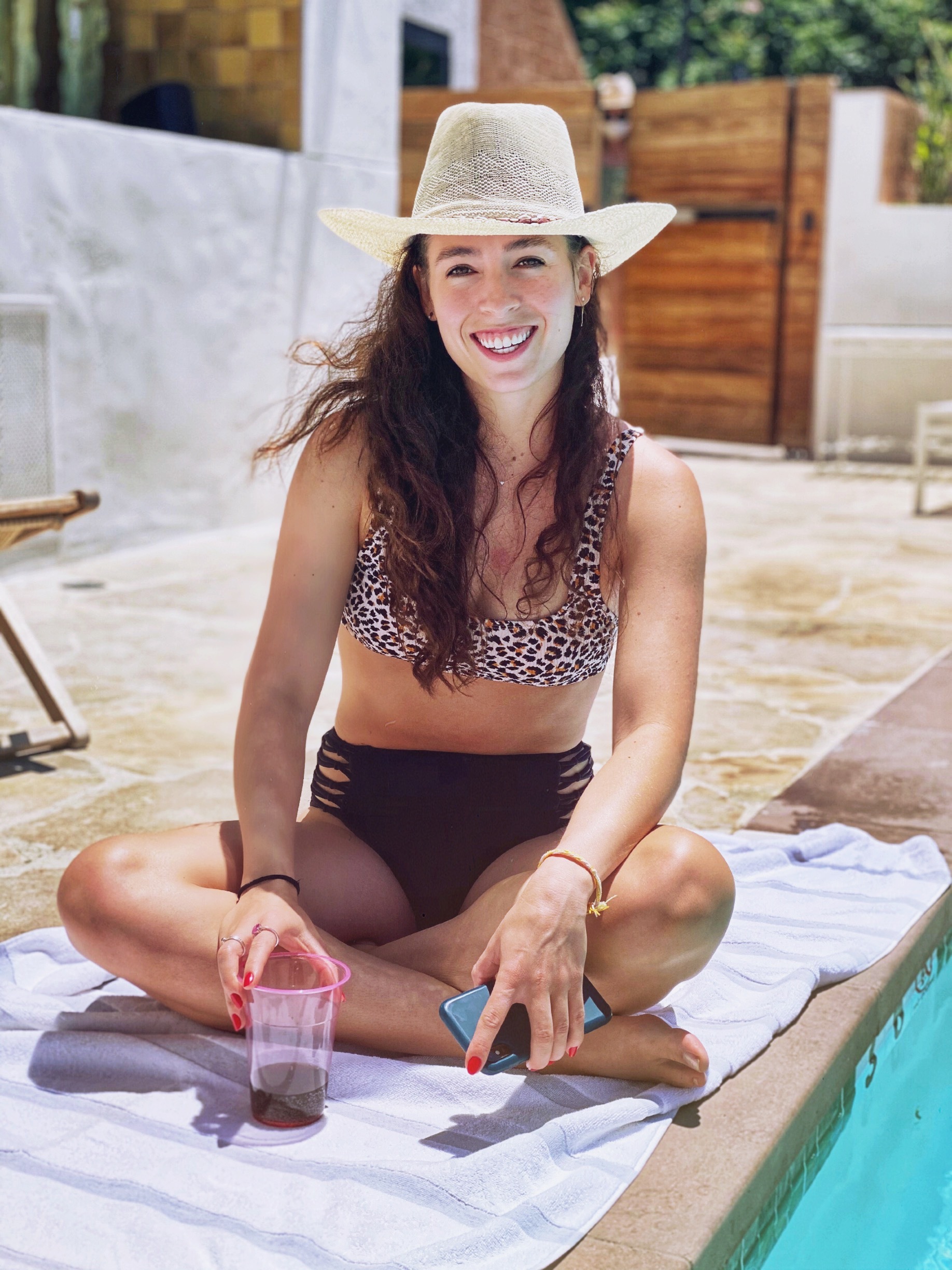 Triana Cristobal is an east coast native, west coast transplant. She is a ballerina turned fitness professional. She is also a music maker. You can find her on the dance floor but currently she's back home in nature taking long, beautiful hikes.
www.trianacristobal.com
IG: @it_me_triana 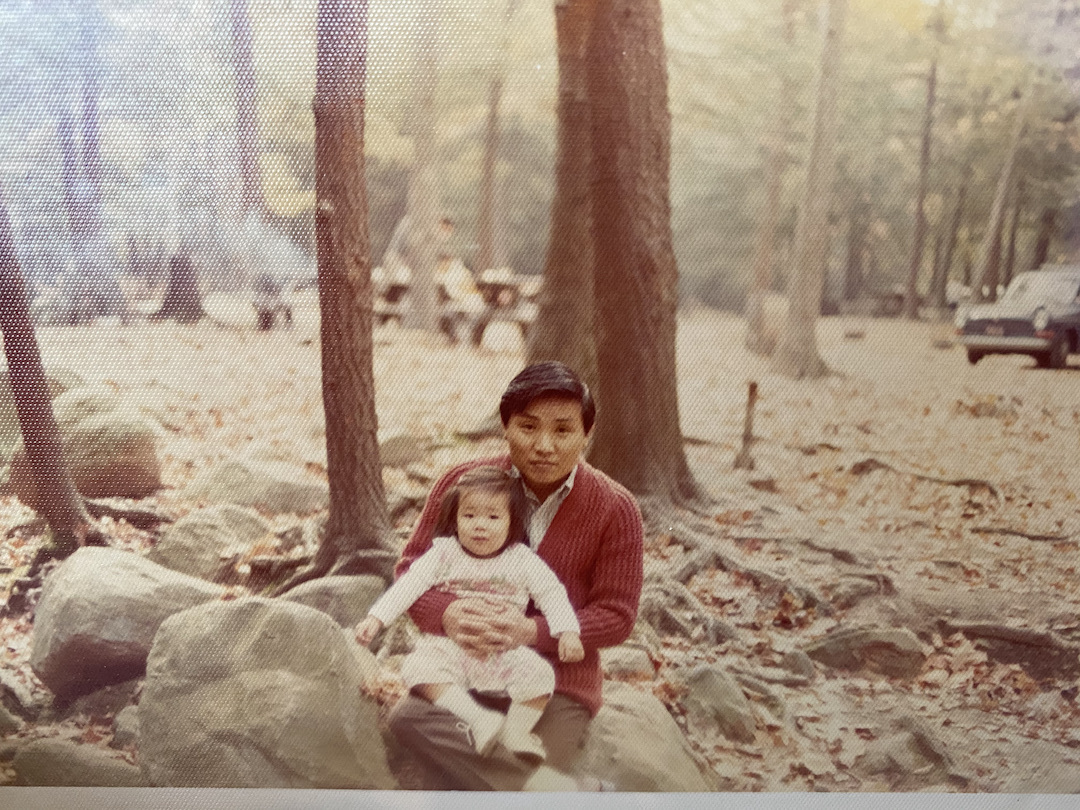 Thank you to my dad for his unwavering love, support and admiration - for building the solid foundation in which I have had the privilege of joining and allowing me to believe in myself, teaching me to do my best, reach for the top and always keep learning. Memorial day will be his memorial now. I love you, dad. Thank you to my family, Imogen, Jeremy, for always being by my side, for your love, support and for making my life so full and fun.